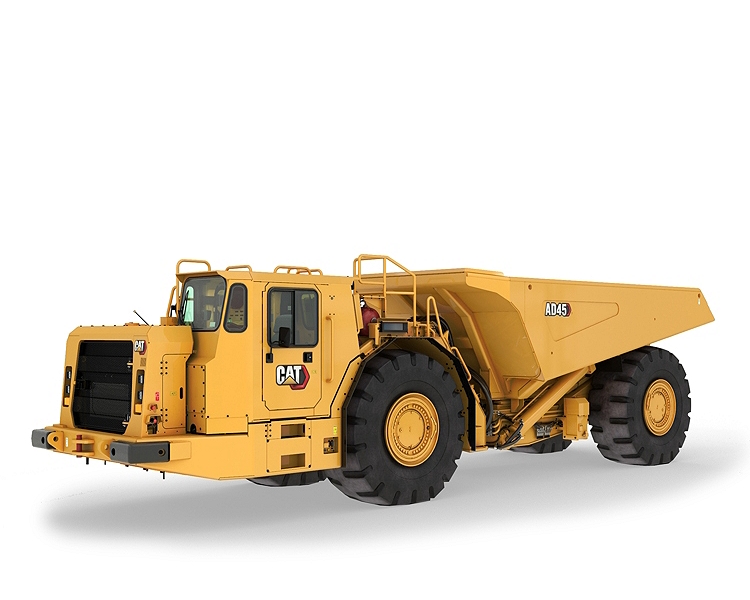 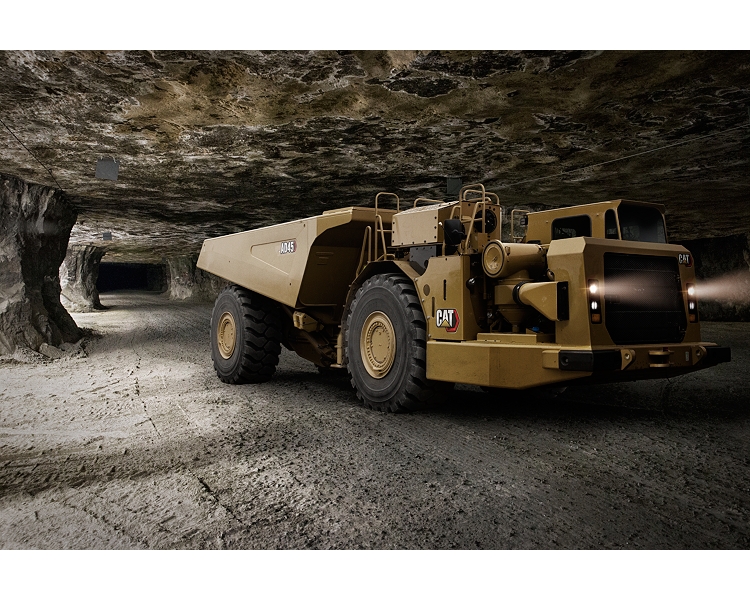 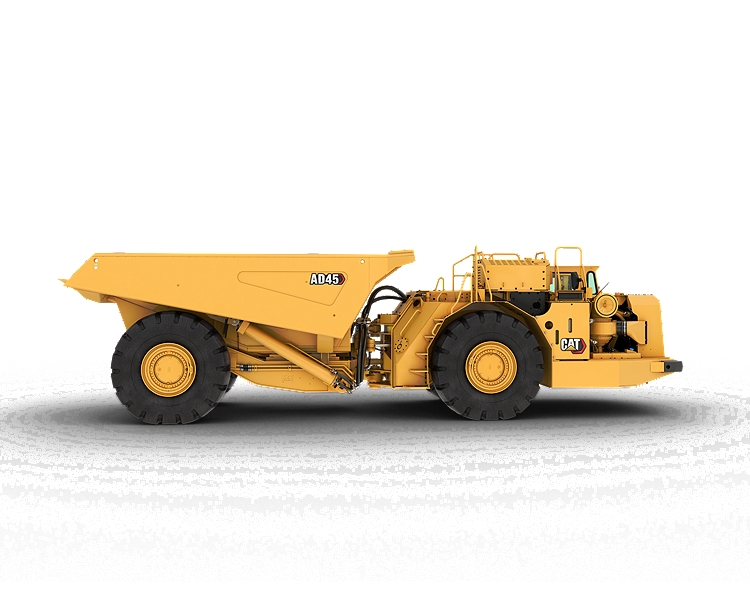 The Cat® AD45 Underground Truck delivers all the power, performance and reliability you expect from the AD45 — but the latest model also offers an an advanced EU Stage V compliant engine and aftertreatment solution that meets the strictest emissions standards, lowers your carbon footprint and improves air quality in your mine. In addition, a retrofit solution is available that allows you to retrofit the previous model, the AD45B, to meet the same strict standards. This ultra-clean diesel machine delivers superior productivity thanks to its ideal match with the next generation Cat R1700 underground loader and is technology-enhanced with features that improve productivity, boost uptime and keep operators and personnel safer on the job.

Power ratings apply at a rated speed of 2,000 rpm when tested under the reference conditions for the specified standard.

Optional engine with emissions equivalent to Tier 3 and Stage IIIA is also available.

*Clearance dimensions are for reference only.

Thank you for your interest in Mustang Cat. We are here to help you in any way that we can. If you have a question, need equipment advice or just need additional information, we want to hear from you. You can email, phone or fill out the form below and we will be happy to connect with you.